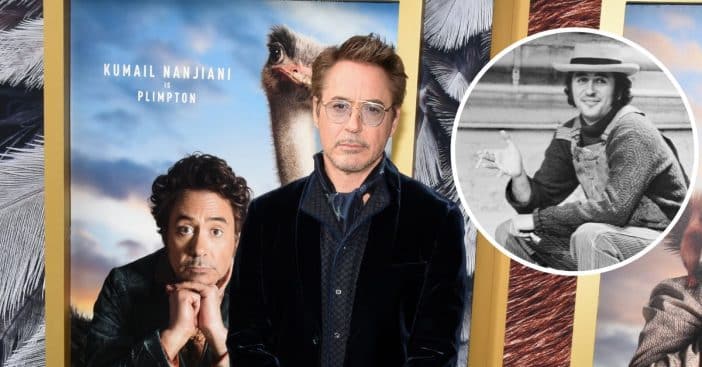 The upcoming Netflix movie, Sr., which will stream only on Netflix starting December 2, profiles the life of Robert Downey Jr.’s father and his impact on Hollywood. American movie documentarian Chris Smith directed the movie, and its filming took about three years.

An official synopsis describes the film as “a lovingly irreverent portrait of the life, career and last days of maverick filmmaker Robert Downey Sr., whose rebellious spirit infused decades of counterculture movie-making” and “widens the lens from Downey’s art to the life with which it was deeply intertwined, including an intimate examination of his relationship with son Robert Downey Jr.”

Downey Jr. recalls his dad’s laughter in the documentary

The movie details the vulnerable side of the late actor, his struggles with Parkinson’s, and his relationship with his son, Robert Downey Jr. “I just remember that cacophony of creativity, but mostly laughter,” 57-year-old Downey Jr. says in the movie.

In an Instagram post o where he shared the movie’s poster, Downey Jr. also shed more light on the soon-to-be-released video. “He was a groundbreaking filmmaker. As well as my dad. It’s not uncomplicated…’ Sr.’ is a documentary that tells the story of Robert Downey’s maverick rise in NYC, his crash, burn and redemption in Hollywood and our relationship in the aftermath. Directed by Chris Smith. Only on Netflix, December 2nd.”

“The film truly honors Senior’s nonlinear, outlaw-life approach, including capturing his decision to embark on his own concurrent and final film project,” the synopsis continued. “Smith’s portrait of a family and an artist is a meditation on life that’s as surreal as it is sentimental, a celebration of making art with no rules that tosses out its own rulebook along the way.”

Downey Sr. starred in movies like Boogie Nights, Magnolia, and To Live and Die in L.A. He also wrote and directed the underground satire film Putney Swope based on the New York Madison Avenue advertising world and Greaser’s Place.

Sadly, the late star passed in July 2021 after battling Parkinson’s. Robert Downey Jr. paid tribute to him via Instagram following his death, with a post captioned, “Last night, dad passed peacefully in his sleep after years of enduring the ravages of Parkinson’s. He was a true maverick filmmaker and remained remarkably optimistic throughout.”

Downey Sr.’s last directing role was in the 2005 film documentary Rittenhouse Square, and he last appeared on screen in the 2011 production Tower Heist, playing Judge Ramos.