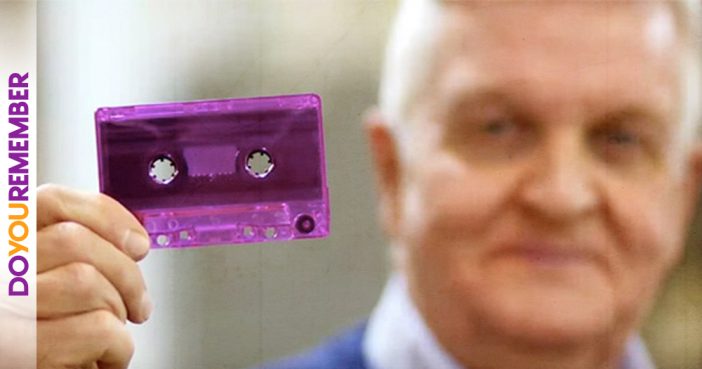 In the late ’90s everyone was getting out of the audio cassette business. ”Everyone, that is, except for The National Audio Company. “Too stubborn to quit,” the Springfield, MO-based manufacturer is now the last remaining source for audio cassettes in the country. The final Cassette Factory…

And thanks to the growing retro movement, they’re producing more cassettes than ever before!

Total Rewind: The Life Of The Cassette

Here are the facts:

“In 1962, Philips invented the Compact Cassette medium for audio storage, introducing it in Europe on 30 August 1963 at the Berlin Radio Show, and in the United States (under the Norelco brand) in November 1964, with the trademark name Compact Cassette. The team at Philips was led by Lou Ottens in Hasselt, Belgium. “Philips was competing with Telefunken and Grundig in a race to establish its cassette tape as the worldwide standard, and it wanted support from Japanese electronics manufacturers.” However, the Philips’ Compact Cassette became dominant as a result of Philips’ decision (under pressure from Sony) to license the format free of charge.

Philips also released the Norelco Carry-Corder 150 recorder/player in the US in November 1964. By 1966 over 250,000 recorders had been sold in the US alone and Japan soon became the major source of recorders. Cut to 1968, 85 manufacturers had sold over 2.4 million players. By the end of the 1960s, the cassette business was worth an estimated 150 million dollars. In the early years sound quality was mediocre, but it improved dramatically by the early 1970s when it caught up with the quality of 8-track tape and kept improving.

Cassette Factory: The Compact Cassette Went on To Become..

An alternative to the 12-inch vinyl LP during the late 1970’s, in Western Europe and North America, the market for cassettes declined sharply after its peak in the late 1980’s. This was particularly noticeable with pre-recorded cassettes, the sales of which were overtaken by those of CDs during the early 1990’s. By 1993, annual shipments of CD players had reached 5 million, up 21% from the year before; while cassette player shipments had dropped 7% to approximately 3.4 million.

The decline continued, and in 2001 cassettes accounted for only 4% of all music sold. Since then, further decline occurred, with very few retailers stocking them because they are no longer issued by the major music labels. Sales of pre-recorded music cassettes in the U.S. dropped from 442 million in 1990 to 274,000 by 2007.

Take A Look Inside This Record Pressing Plant

Another record low was registered in 2009, with 34,000 cassettes sold. Most of the major U.S. music companies discontinued production of cassette tapes by late 2001. However, as of 2012, blank cassettes were still being produced and are still sold at some retail stores, while facilities for cassette duplication remain available.

Cassette recorders and players are becoming gradually scarcer, but are still widely available and feature in some hi-fi systems. A company named National Audio Company (NAC) in Missouri oversaw the mass production of the film “Guardians of the Galaxy” soundtrack in 2014.”

This Technology Was Ahead Of It’s Time!

Check out the video below! Besides being a great story, the short video has a great how-it’s-made vibe. Enjoy!