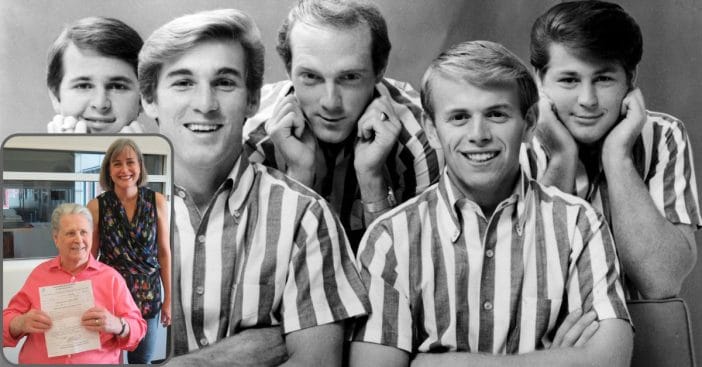 Brian Wilson’s original ‘F’ that he received in high school music class was officially changed to a well-deserved ‘A.’ While it might be incredibly shocking that such a musical genius would receive an ‘F’ in high school music, he sure did, by a teacher named Fred Morgan when he was attending Hawthorne High School in California.

The failing grade was for an assignment that ended up being the beginnings of Beach Boys’ hit “Surfin’.” “Brian wrote a composition for me and it turned out to be ‘Surfin.’ That composition got an F, but it made a million dollars,” Wilson’s teacher later said of the recognizable tune.

Brian’s high school music teacher Fred Morgan: “Brian wrote a composition for me and it turned out to be ‘Surfin.’ That composition got an F, but it made a million dollars.” Brian’s failing grade has now been changed to an A on this assignment by Dr. Landesfeind! pic.twitter.com/ICANT605Kx

“Surfin'” was the song that effectively launched the musical careers of The Beach Boys, peaking at No. 75 in the US and establishing them as the heads of the “California Sound.” According to Wikipedia, the original assignment required a 120-bar piano sonata, and Wilson had only submitted 32 bars worth a melody. Morgan said of the composition, “I had nothing against the song; it was nice, but it just wasn’t what I asked him for.”

RELATED: This Doctor Nearly Destroyed Brian Wilson And His Career

Surprisingly enough, Wilson’s mother Audree allegedly disputes any of these claims, stating that the composition wasn’t actually the beginnings of “Surfin'” at all, and biographer David Leaf adds that the original contents of Wilson’s high school composition have been “lost in time.” Despite what’s true, the song remains to be a classic Beach Boys hit, released multiple times, including on the 1962 album Surfin’ Safari, and on Mike Love’s 2019 solo album 12 Sides of Summer.