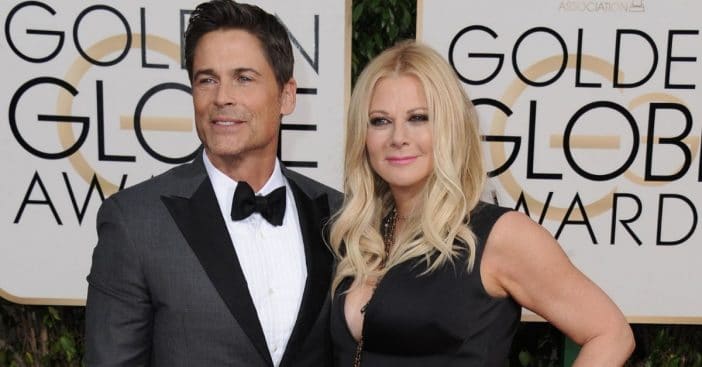 While actor Rob Lowe recently celebrated a big milestone, another one is coming soon! Rob recently marked his 31st year of sobriety which is a huge accomplishment. This July he will celebrate another anniversary. He will be married to his wife Sheryl Berkoff for 30 years on July 22nd.

Rob once shared that they met before he got sober and he wasn’t able to start a serious relationship. They met on a blind date in 1983 but it didn’t work out. However, they reconnected in 1989 while working on the film Bad Influence. Rob was recently sober and now open to dating more seriously. They hit it off again and got married in 1991.

These days, Rob is still a working actor with his most recent project being the show 9-1-1 Lone Star. Sheryl is a luxury jewelry designer and her jewelry line is named Sheryl Lowe Jewelry. They have two grown sons, Matthew, 28, and John, 26. Matthew is a lawyer while John has followed in his father’s footsteps. He acts and writes on 9-1-1 Lone Star as well.

Their secret to a tight family bond? Therapy. Rob once said, “The one thing, though, that has been a part of our family is the notion of therapy as a sort of proactive, non-shaming [practice], like a trainer. We think of going to therapy or talking to a therapist … it’s literally no different from a chiropractor.”

He also added that his relationship with Sheryl is so strong because they are best friends. When asked about his 30th anniversary he responded, “Everybody’s asking me what I’m planning to do, and I got some ideas. I thought that maybe my wife and I could play 18 holes of golf. On one hand, my wife hates golf, but on the other hand, I love it, and marriage is a compromise. And then I thought the day should involve something my wife likes, so I’m thinking spa treatments, a nice lunch, walk on the beach. And while she’s doing that, I’ll be playing golf.”