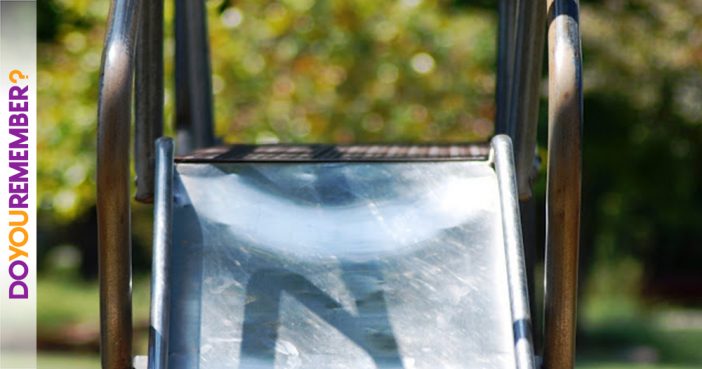 The playground was the best place to visit on the weekend, or on the weekday once homework was finished. The monkey bars, the swings, the sandbox, and the seesaw were all so much fun, but none were the foreground for adventures like the metal slide was. The slide took many forms. I remember using it as a boat when playing shark. If you were on the slide you were safe, but if your friend (the designated shark) managed to get you in the “water,” then you were either dead, or join him/her in the hunt. When the ground was lava, the slide was a safe haven. When playing playing tag, it was almost always base.

Though those games were fun, using it to just simply slide was also great. Even if only for a few seconds, going down the slide was thrilling. It was the first ride—the first adrenaline rush! When you’re as young as five, and you climb up that metal ladder, you feel like you’re on top of the world. Then you slide down, and it feels like you are going 90 mph. Sometimes there would be roadblocks, such as the frigid jolt you would get when your jacket slid up and some skin would touch the icy cold metal. Or, when you jump up just as fast as you sat down because its surfaced had been kissed by the blazing, summer sun. Sometimes you just got stuck.

Whatever it was used for, whatever the weather may have been, you could count on the slide to take you for a ride.

Previous article: Guess What This Fancy Looking Mask Is For?
Next Post: “ I just Want to say one word to you, just one word. Plastics”