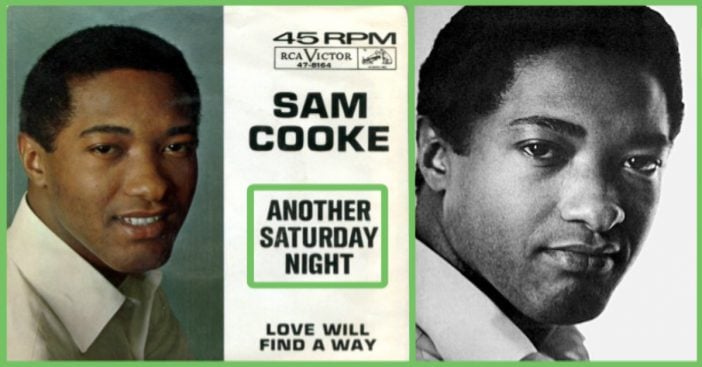 Sam Cooke wrote “Another Saturday Night” when he was touring England in 1962 along with Little Richard. Along with many Soulful ballads, he wrote a lot of lighter songs like this (“Good News,” “Having A Party,” “Twistin’ The Night Away”), but did record a heavy political song shortly before his death in 1964: “A Change Is Gonna Come.”

This was the first song Cooke released after the tragic drowning death of his son Vincent, who was 18 months old. in the interim, he’d fled town for out-of-town gigs, as many as he could get.

Another Saturday night and I ain’t got nobody,

I have some money ’cause I just got paid.

How I wish I had someone to talk to,

I’m in an awful way.

I blew in town I week ago,

I ain’t seen a lot of girls since then.

Another fella told me, he had a sister that looked so fine.

Instead of being my deliverance, she had a strong resemblance to a

It’s hard for a fella, when he don’t know his way around,

If I can’t find me a honey to help me spend my money,

I’m gonna have to blow this town ohh