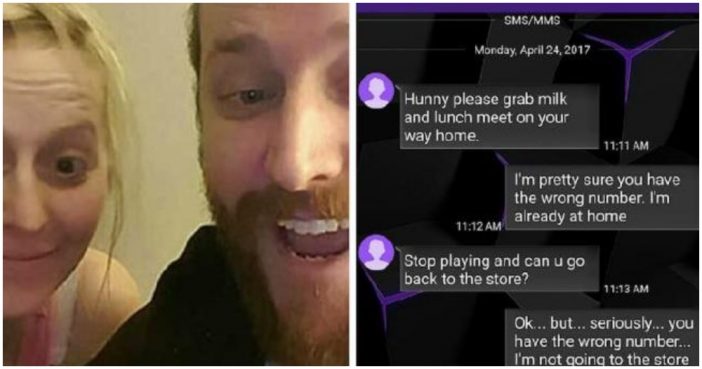 Whenever someone sends a text to the wrong person it usually ends up with them soon realizing the mistake and moving on from the conversation and never speaking to a said person ever again.

But unfortunately, this is not what happened when an angry mom sent a text to someone she believed was her daughter.

It’s so awkward and cringe-worthy, but it’s completely hilarious!

A 35-year-old man from Wisconsin recently uploaded a series of screenshots onto Imgur under the name of velakskin.

The screenshots showed the hilarious conversation between himself and a very angry and unimpressed mother in need of groceries.

The 35-year-old man was enjoying his day off from work with his wife when he suddenly received a text from an unknown number.

Take a look at these hilarious texts!

Clearly, the message wasn’t for him. When he informed the sender she had the wrong number, the angry mom didn’t believe it and slowly got agitated as a result.

Despite his attempts to make the sender believe that he wasn’t her 18-year-old daughter, the angry mom refused to believe him. The texting went back and though and along the way the 35-year-old started to play along.

However, it wasn’t long before things started to go south.

No, I’m pretty sure he’s not headed to the store yet!

Nagging a 35-year-old man from Wisconsin isn’t cute either. Please take the hint.

Quick question, why didn’t this angry mom have her daughters number saved into her phone? Talk about parenting 1-0-1.