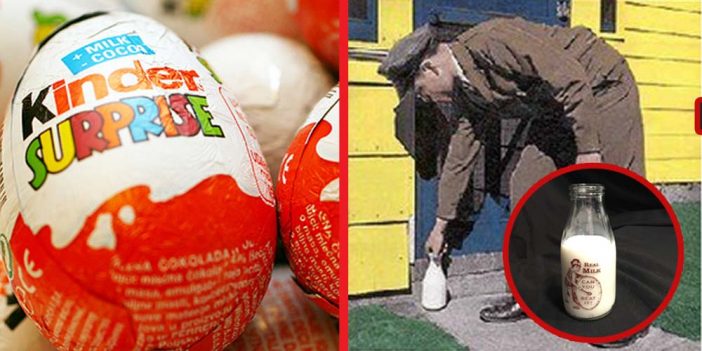 We wouldn’t eat some of these even if they were legal, to be honest.

Unpasteurized milk, also known as raw milk, hasn’t been pasteurized to kill bacteria, and it’s 150 times more likely to cause foodborne illness than pasteurized dairy products, according to the FDA’s website. The sale of unpasteurized milk is banned in 21 states for that safety concern, and other states only allow sales of small quantities directly from farms. Check out more strange food laws from every state.

Well, sort of. It may seem like an odd thing to eat, but putting shark fins in soup is a delicacy in China. And while eating shark meat is legal in the U.S., not all means of getting that meat are. The primary means of getting shark fins is through finning, in which fishermen catch sharks, remove their fins, and then return them back to the water. This practice is now banned in the 11 states that once made up the majority of the shark fin market in America.

Those who have traveled in Europe know how popular Kinder chocolate is, but the main reason it hasn’t gained traction in the U.S. is that not all of Kinder’s products are legal here. Specifically, the hollow Kinder Surprise eggs are prohibited in the states because they contain non-edible items inside them. Here’s the good news: A different version of Kinder eggs, called Kinder Joy, should become available in the U.S. sometime in 2018. These also contain a surprise toy, but their packaging seals both halves of the hollow egg to keep the toy away from the rest of the candy, making them fully compliant with FDA regulations.

Eating this extremely small European bird is illegal in the U.S. and the E.U., and it’s even illegal to sell in France, all because of its decreasing population. Poaching reportedly caused a 30 percent dip in its population between 1997 and 2007. And don’t even think about trying to smuggle it into the U.S.—that’s also illegal.