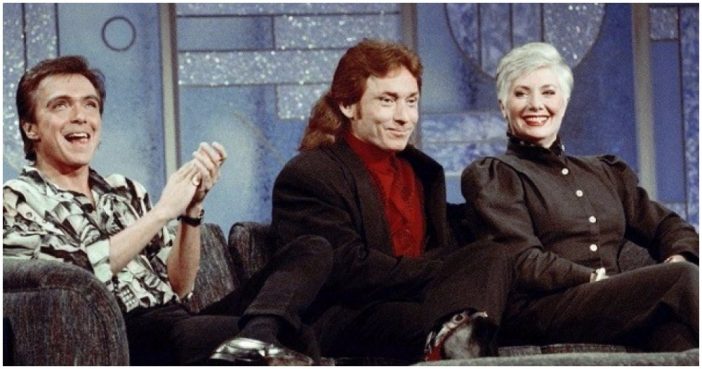 The late singer-actor’s former co-star writes about how Cassidy was “robbed” in his career: “He wanted to go on tour and be a real rock ‘n’ roll star. But the road he chose to go down after the show, it didn’t go as far.”

David Cassidy was a god to me. We weren’t close when we did The Partridge Family — I was 10 years old; he was 20 — but to me, he was like Elvis Presley, down to the jumpsuit and the arenas filled with fans. He did look out for me, though. I remember we did an episode on a cruise ship, and at one point I had the gall to go to his stateroom and knock on his door. I don’t know what I wanted to say — “Do you want to come out and play?” — but he wasn’t in there. It was just a bunch of his buddies smoking pot. Somebody handed me the joint — I’m 11 — and David comes in the door just at that moment and goes out of his mind. “He’s a kid! What’s wrong with you?!”

We did become friends much later, in the 1990s. I was going through some trouble — I was on the cover of all the tabloids, “Ex-Child Star Gone Wrong” — and David was having problems of his own. He gave me some advice. He said, “You know, Danny, you should be in on the joke; you shouldn’t become the joke.” Then he invited me to go on tour with him. “It’s going to be fantastic,” he said. “We’re going to go on my tour bus, and at the end, you’re going to get a job out of it. But here’s the deal: There’s going to be no drugs, no alcohol, no smoking and no women.” I said, “Then I’m not going.”

But I did go on tour, doing stand-up before David performed, and at every stop, I did interviews with local radio stations. And around the fifth radio interview, they said: “Boy, you’re really good at this. You want to stay?” They offered me more money than I’d ever seen in my life: $75,000 a year. David told me the tour would give me a career, and it did.

When it came to his own career, though, David got robbed. When he decided he didn’t want to be Keith Partridge anymore, he quit The Partridge Family. He wanted to go on tour and be a real rock ‘n’ roll star. But the road he chose to go down after the show, it didn’t go as far. He became the Partridge Family theme song, he became the act of looking like David Cassidy, with the same thousand fans coming to every show. He never did get the life he wanted. It really was a tragedy. I was in Europe when he died, but I heard he was surrounded by his family — Shirley Jones, Shaun Cassidy, Patrick Cassidy. And I heard his last words were, “So much wasted time.”

Previous article: 12 Actors Just Chilling Out With Their Body Doubles
Next Post: Riddle: What Goes in the Water Black and Comes out Red?