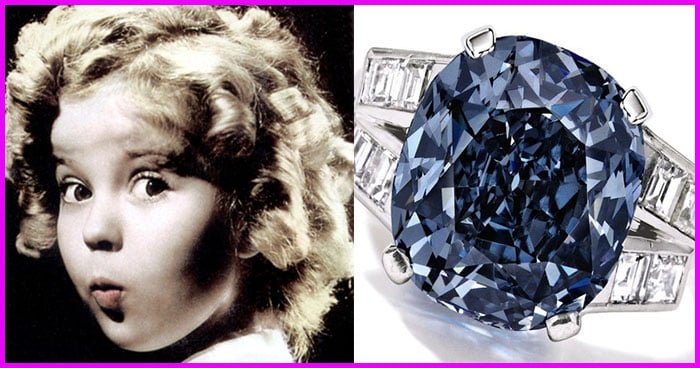 Earlier this year, a 9.54-carat rare blue diamond ring once belonging to the late Shirley Temple, one of Hollywood’s most famous child actors, failed to sell at a New York auction, estimated between $25 million and $35 million.  They opened bidding at $19 million and closed at $22 million, which was below the ring’s reserve price. “The Shirley Temple Blue Diamond is an exceptional stone in quality, rarity, and provenance. It has been an honor to share its story with collectors, connoisseurs and Temple’s loyal fans over the past few months,” Sotheby’s said in a statement.