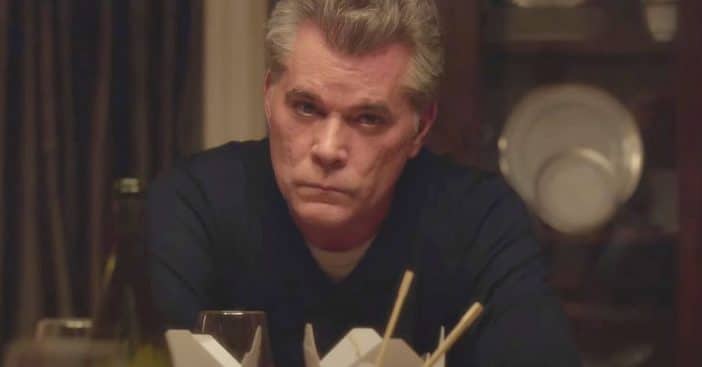 Actor Ray Liotta died suddenly and unexpectedly in his sleep on May 26. He was in the Dominican Republic filming Dangerous Waters. The 67-year-old was working on several projects before his death including an Apple TV+ series called Black Bird.

Ray filmed six episodes as the character Big Jim Keene. Apple TV+ just released the trailer for one of his final projects and it is definitely bittersweet to see Ray on the screen once again. The miniseries is based on the 2010 autobiographical novel In With The Devil: A Fallen Hero, A Serial Killer, and A Dangerous Bargain for Redemption by James Keene. The series also stars Taron Egerton, Greg Kinnear, Paul Walter Hauser, and Sepideh Moafi and is set to premiere on July 8, 2022, on the streaming service Apple TV+.

Other than Black Bird and Dangerous Waters, Ray’s final roles were in a TV series called The Falcon’s Tale and films Cocaine Bear, April 29, 1992, and El Tonto. Ray had also recently appeared in The Many Saints of Newark.

After the news broke of his passing, many tributes were shared. Among them was one from director Martin Scorsese, who worked with Ray many times. However, he said he regretted not working with him in recent years.

He wrote, “We had many plans to work together again but the timing was always off, or the project wasn’t quite right. I regret that now. When I watched Ray as the divorce lawyer in ‘Marriage Story’ – he’s genuinely scary in the role, which is precisely why he’s so funny. I remember feeling that I wanted to work with him again at this point in his life, to explore the gravity in his presence, so different from the young, sprightly actor he was when I met him.”

May he rest in peace. Check out the trailer for Black Bird below:

Click for next Article
Previous article: Queen Will Soon Release An Unheard Track Featuring Late Freddie Mercury’s Vocals
Next Post: The Queen’s Absence From Parts Of Her Platinum Jubilee Have Been Explained