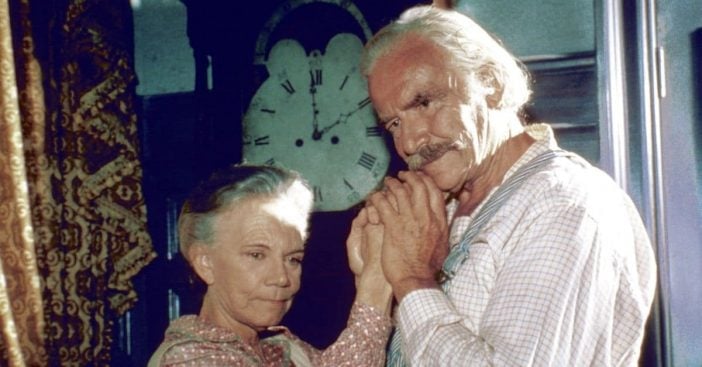 The Waltons was a very popular show in the ‘70s that spawned many other products, including a Christmas album. The music in the album was performed by a choir called the Holiday Singers. Earl Hamner Jr. narrated the album and Will Geer, who played Grandpa Walton on the series, made a very special appearance in a song.

There is one beautiful song on the album called “Grandpa’s Christmas Wish.” It begins with Earl sharing all of the children’s wishes for Christmas including a guitar and a typewriter. Then, Will Geer shares what Christmas really means to him. It will truly inspire you this holiday season.

Grandpa Walton shares, “What is Christmas? It is a time when your dreams come true,” I wish to return some of the love that’s been given me,” and, “A spade full of earth is a kingdom in itself.” It is very calming and a great reminder of what Christmas is really about. It is about the love and kindness we share, not the gifts under the tree.

RELATED: Whatever Happened To Will Geer, Grandpa Walton From ‘The Waltons’?

The album and monologues were recorded over 40 years ago but the message is much needed this year. In conclusion, listen to “Grandpa’s Christmas Wish” below. Do you listen to the album every Christmas?