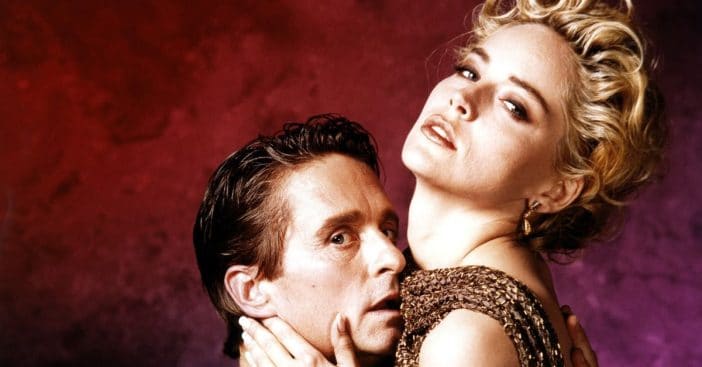 It has been 30 years since the film Basic Instinct came out. Sharon Stone and Michael Douglas, stars of the film, celebrated the anniversary on social media and opened up about the controversy that happened after the film came out.

Michael shared the movie poster as well as a few photos from the film and wrote, “What a ride that one was and a little controversy along the way. Kudos to #PaulVerhoeven, @sharonstone and @jeannetripplehorn! Very fond memories!”

The controversy points to Sharon’s scene where she uncrosses her legs and exposes herself briefly. Sharon admitted that she hated the scene but ultimately let it stay in the movie because it made sense for her character.

It seems her feelings about the film have changed since she shared photos from the film on social media and wrote, “This weekend is Basic Instinct’s 30th Anniversary. Thank you to @michaelkirkdouglas #PaulVerhoeven @studiocanal for all the great memories.”

Sharon recalled the scene and her feelings about it in her memoir. She wrote, “After we shot ‘Basic Instinct’, I got called in to see it. Not on my own with the director, as one would anticipate, given the situation that has given us all pause, so to speak, but with a room full of agents and lawyers, most of whom had nothing to do with the project. That was how I saw my vagina-shot for the first time, long after I’d been told, ‘We can’t see anything – I just need you to remove your panties, as the white is reflecting the light, so we know you have panties on.'”

She added, “First, at that time, this would give the film an X rating. Remember, this was 1992, not now, when we see erect penises on Netflix. And, Marty said, per the Screen Actors Guild, my union, it wasn’t legal to shoot up my dress in this fashion. Whew, I thought. After the screening, I let Paul know of the options Marty had laid out for me. Of course, he vehemently denied that I had any choices at all. I was just an actress, just a woman; what choices could I have?” She ended up allowing them to keep the scene in the movie.

Click for next Article
Previous article: Candace Cameron Bure Celebrates Daughter Natasha Getting Baptized
Next Post: Tom Hanks Poses For Photo With A Bride On Her Wedding Day