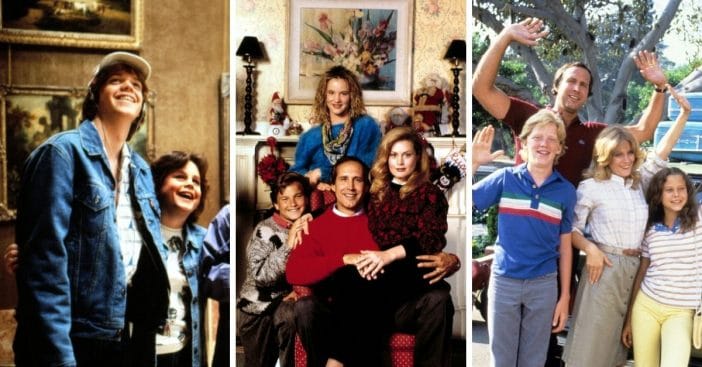 Chevy Chase and Beverly D’Angelo star as Clark and Ellen Griswold in all the films but their children are played by different actors in each film.

Why are the Griswold children always different?

Have you ever wondered why the children, Rusty and Audrey, are never the same actors? Turns out, it is all Anthony Michael Hall’s fault. He played Rusty in the first movie but declined to return for the second because he wanted to appear in Weird Science instead. So, they decided to recast both children. The writers decided to make it a running gag that the children are never the same.

In fact, do you remember in Vegas Vacation when Clark says he “hardly recognizes them anymore?” The movies also focus on Clark Griswold and his quest to become a family man but he never seems to really connect with the kids. The changing of actors also seems to poke fun at that.

Chevy Chase once said that the recasting of the Griswold children for each movie is a joke about Clark being a family man but never knowing his kids very well. So, he confirmed the theory!

Click for next Article
Previous article: Michael Jackson Kept Up A Prank War With Lionel Richie With Itching Powder And Ice Cubes
Next Post: Aaron Rodgers Wants To Be The Permanent Host Of ‘Jeopardy!’ But There’s One Problem