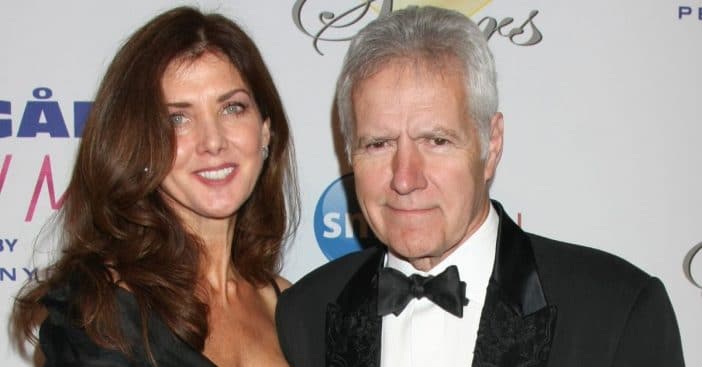 It was March 2019 when Alex Trebek shocked fans with the news that he had been diagnosed with stage 4 pancreatic cancer. He fought hard until the very end, passing away at age 80 in November 2020. It was back in August 2020 that his wife, Jean Trebek, first opened up about the first pancreatic cancer symptoms she noticed in her husband.

She wrote an essay for Guideposts, noting that she noticed her husband wasn’t feeling too well one night during a trip they took to Israel with their kids. “His coloring seemed off. ‘You feeling okay?’ I asked,” she writes. “Alex is not one to complain. But he admitted that he was having some stomach pains. I figured, okay, we were in a different country. Maybe it was something he ate.”

After the couple returned home to California, things still weren’t right. That’s when they went to the doctor, who “ran some tests, then some more,” Jean said. During a trip to New York, they received a call from the doctor that there were “some concerns,” which no one ever wants to hear. Their trip was ultimately cut short and after a CT scan at the doctor’s, he was officially diagnosed with the disease.

“It felt as if the bottom dropped out of my world,” Jean writes in her essay. “I wondered then how long we had. More than a year and a half later, we’re still at it, every day a gift.”

While Jean didn’t mention any other symptoms in her essay, her husband did say that he was experiencing “persistent stomach pain” before his diagnosis. SurvivorNet notes that Jean’s depiction of Trebek’s coloring seeming “off” was likely her description of jaundice, a yellowing of the eyes and skin. This can be one of the very first symptoms of pancreatic cancer, according to the Ameircan Cancer Society.