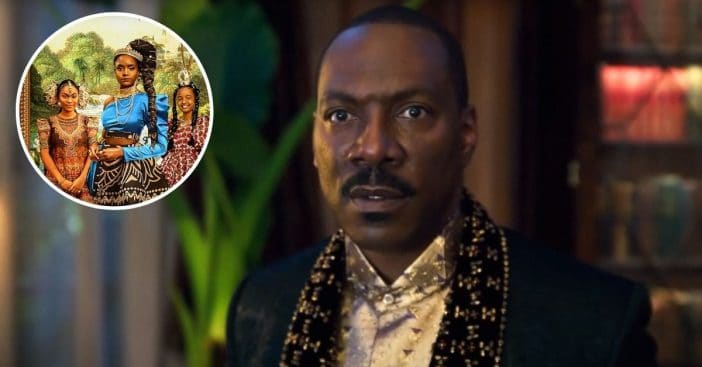 Eddie Murphy’s long-awaited sequel called Coming 2 America is out very soon! Eddie couldn’t be happier, especially since one of his 10 children appears in the movie. His daughter, Bella Murphy plays his daughter in the movie as well.

Eddie admitted to Al Roker in an interview, “I can’t even put into words, Al. You know, if you have children, your child could do like a school play, and your heart will burst with pride. To look over on the set, seeing her, I had a big giant proud papa moment every day.”

In addition to looking for Bella in the film, you will see that a lot of stars came back to reprise their roles. Arsenio Hall, James Earl Jones, John Amos, Shari Headley, and Garcelle Beauvais all return. Coming 2 America premieres on Amazon Prime Video on March 5, 2021. According to IMDb, the movie is about “The African monarch Akeem learns he has a long-lost son in the United States and must return to America to meet this unexpected heir and build a relationship with his son.”

Are you excited to watch the sequel? In Conclusion, check out the trailer below: