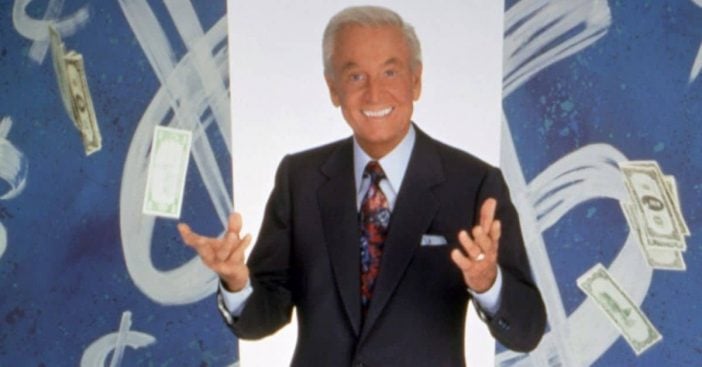 Bob Barker has been retired for over a decade and is enjoying his free time. However, he has not forgotten his roots. He was the longtime host of the game show The Price is Right. Drew Carey took over when Bob retired in 2007. The 97-year-old says he still loves to tune in from time to time.

Reports show that Bob likes Drew and is still a big fan of the show. Bob lives in Hollywood and mainly stays at home. After two strokes and bad falls, he uses a wheelchair and has a full-time caretaker. Even so, Bob seems very happy with his life and looks back fondly on his career.

He said, “We didn’t solve the world’s problems. But we hopefully helped you to forget your problems for just a while.” Bob began hosting the game show in 1972 and won 19 Emmys during his long career on television.

If you miss watching The Price is Right hosted by Bob, you’re in luck. Pluto TV has just added a channel with nostalgic episodes of the game show, all hosted by Bob. Pluto TV is a free streaming service that you can download.

It is great to hear that Bob is still doing okay out there! We miss him on The Price is Right. Let’s take a look back at Bob’s FINAL episode, a historic one.

Click for next Article
Previous article: How And When You Can Watch ‘A Charlie Brown Christmas’ This Year
Next Post: Taking A Walk Down Memory Lane With The Christmas Lifesavers Book