It’s a title worthy of praise equal to that of President. Jimmy and Rosalynn Carter proved that their love is unshakable. Through personal hardships, campaigning, running a country, and more, these two stuck together. For over 73 years, Jimmy Carter and his wife stayed a happily married presidential couple. In fact, they now hold a record for it.

The Carters have been married for twenty-six thousand seven hundred and sixty-six days. Because they are still happily married, that number is only increasing with time. Previously, that record was held by the late George H.W. Bush and Barbara Bush. They too had been married for 73 years before Barbara passed away.

This broken record might not have been broken at all

When Jimmy Carter first proposed to Rosalynn Smith, as she was previously called, she rejected him. CNN reports she had promised her sick father she would finish college first. This required some strength of will, however. “I thought he was the most handsome young man I had ever seen,” Rosalynn wrote in her memoir. But she made her promise and, after her father’s death when she was 12, was determined to honor it. Eventually, she graduated from Georgia Southwestern College.

Only then, at age 18, did Rosalynn accept Carter’s advances. Their first date was in 1945. Their wedding took place the following year. Before then, they maintained a steady correspondence. Even while growing up, this was easy, as only three miles separated them.

The greatest joys in life lie with personal matters

Jimmy Carter served as the 39th president of the United States from 1977 to 1981. And yet he asserts, “The best thing I ever did was marrying Rosalynn. That’s a pinnacle in my life.” They consider their greatest hurdle being the decision to write a book together. This, Carter admits, was “the worst problem we’ve ever had since we’ve been married. It would be like God had given her this text at Mt. Sinai and she had brought it down and presented it to me in stone.”

Jimmy and Rosalynn Carter are 95 and 92 respectively. Their love has spanned nearly three-quarters of a century. Neither time nor health has torn them apart, and they intend on keeping it that way. When faced with a cancer diagnosis, Carter turned to his faith. “It is in the hands of God, whom I worship,” he said. Even enduring such worrying news as four spots of cancer being found in his brain, Carter felt no reason to complain. “I have had a wonderful life.” Though as the first lady, Rosalynn focused on health as her primary cause, when the bad news centered on her husband, she felt great worry. But they have each faced their own health scares with each other’s steadfast support. 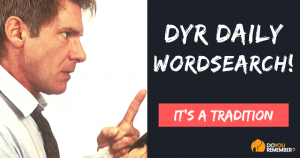